“Reynolds prepared me academically to compete with any student in the country.”

Each year Reynolds bids farewell to great students that graduate and/or transfer to four-year universities. Catching up with alumni gives the college a chance to see the far reaching effects an education can have and the strides they take after graduating. A great example of a successful Reynolds alum is Reggie Stroble. 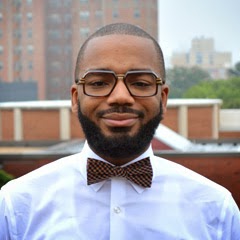 Reggie attended Reynolds from 2006 to 2009 before transferring to Virginia State University to earn his bachelor’s degree. He then went on to earn his master’s degree at Virginia Tech and is now working as an assistant director in the Career & Industry Advising Department at Virginia Commonwealth University.
So how did Reynolds prepare Reggie for his future?
Reggie began his education at Reynolds in 2006 majoring in Business Administration.
“In the fall semester before I was about to graduate, I failed Math 163 and I was not able to graduate in 2009. Instead of retaking the course in the fall, I transferred to Virginia State University to pursue my bachelor’s degree in psychology. While attending VSU I always regretted not finishing my degree at JSRCC,” explained Reggie.
Inspired, in 2011 after he graduated from VSU, he returned to Reynolds to retake Math 163 and received his associate degree. “So in theory, I obtained my bachelor’s degree before my associates degree.”
Reggie explained that he was not ready to attend a large university after he graduated from high school and that Reynolds provided him with the type of atmosphere he could thrive in as a student. “Reynolds prepared me academically to compete with any student in the country.”
Going through the stress and commitment of obtaining any educational degree can be challenging, but Reggie said he had great help at Reynolds - particularly from Kemper Steele, Meg Buchanan-Foster, Dr. Tom Hollins and Mrs. Adelle Townes. Under their guidance, Reggie was able to serve as a student ambassador, Secretary of SGA, and as a Reynolds peer mentor. “They believed in me at times when I could not see my true potential.”
Reggie added that working at VCU gives him the ability to see a diverse student population on a daily basis and to work with students “who struggle with the concept of knowing what applicable skills they need to learn in their major.”
Reggie received his education from three great institutions, and is now putting his knowledge and hard work to use helping students to succeed in their chosen fields of study. Good Luck Reggie and way to make Reynolds proud!

This article was provided by media relations assistant Jessie Pavlidis.
Posted by Reynolds Community College at 8:49 AM


The Student Senate at Reynolds hosted a successful Dream Wall Event on the Goochland, Parham Road, and Downtown campuses during the week of April 27th. The senate created this event that captured the college as a whole, asking people to participate by posting a sticky note of their goals, hopes, and dreams collectively on the provided ‘wall.’ 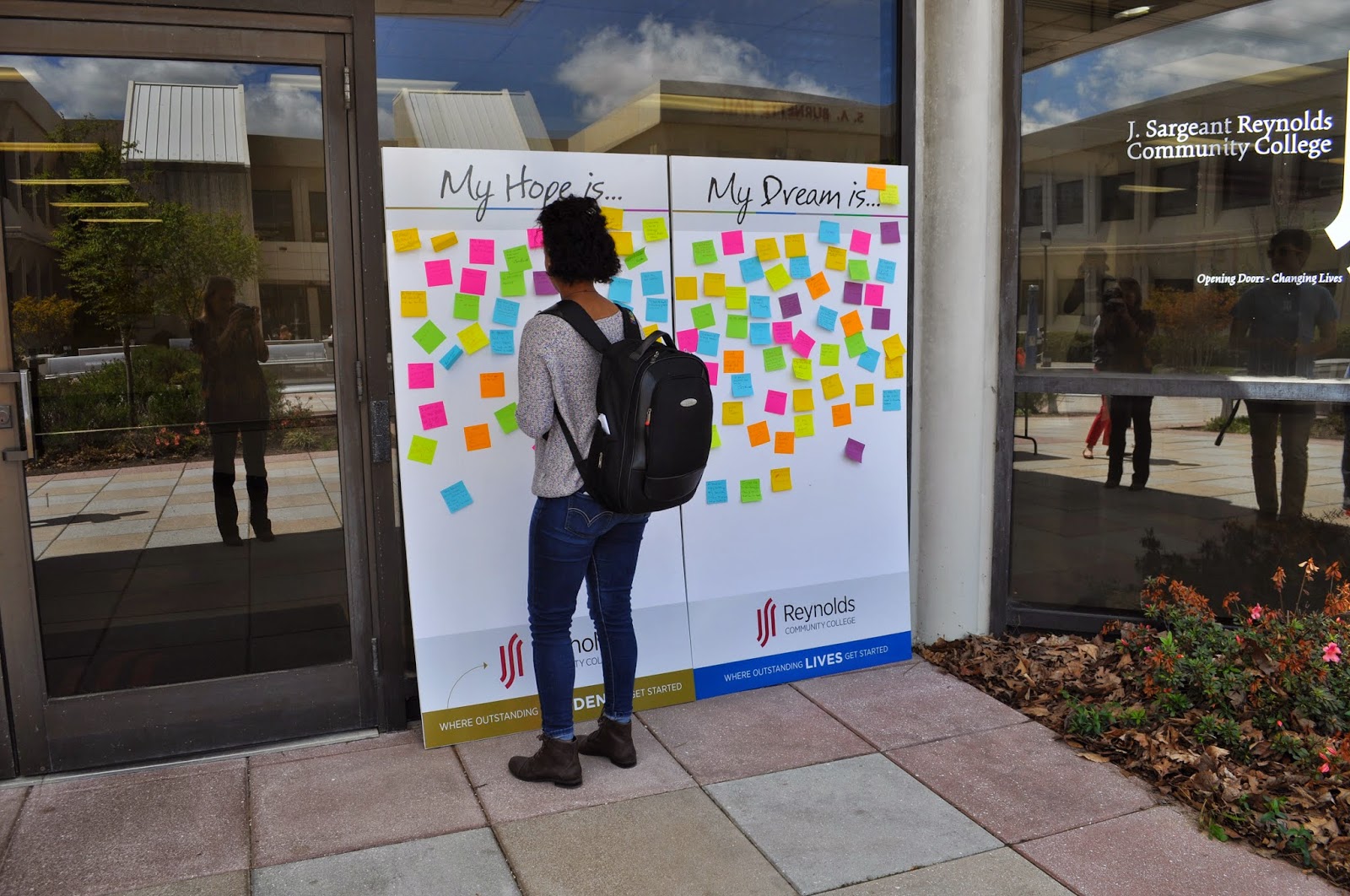 Walking up to the dream wall, there was an exciting atmosphere surrounding the table full of blank sticky notes and the enthusiastic Student Senate team. Students and faculty alike swarmed around the tables to write their different dreams, some writing only one and others writing multiple. As you walked up to the dream wall, other people’s hopes and dreams were stamped up there, providing a powerful visual. The success of the Dream Wall event will carry on for years to come, as this event marked the beginning of a Reynolds student body tradition. 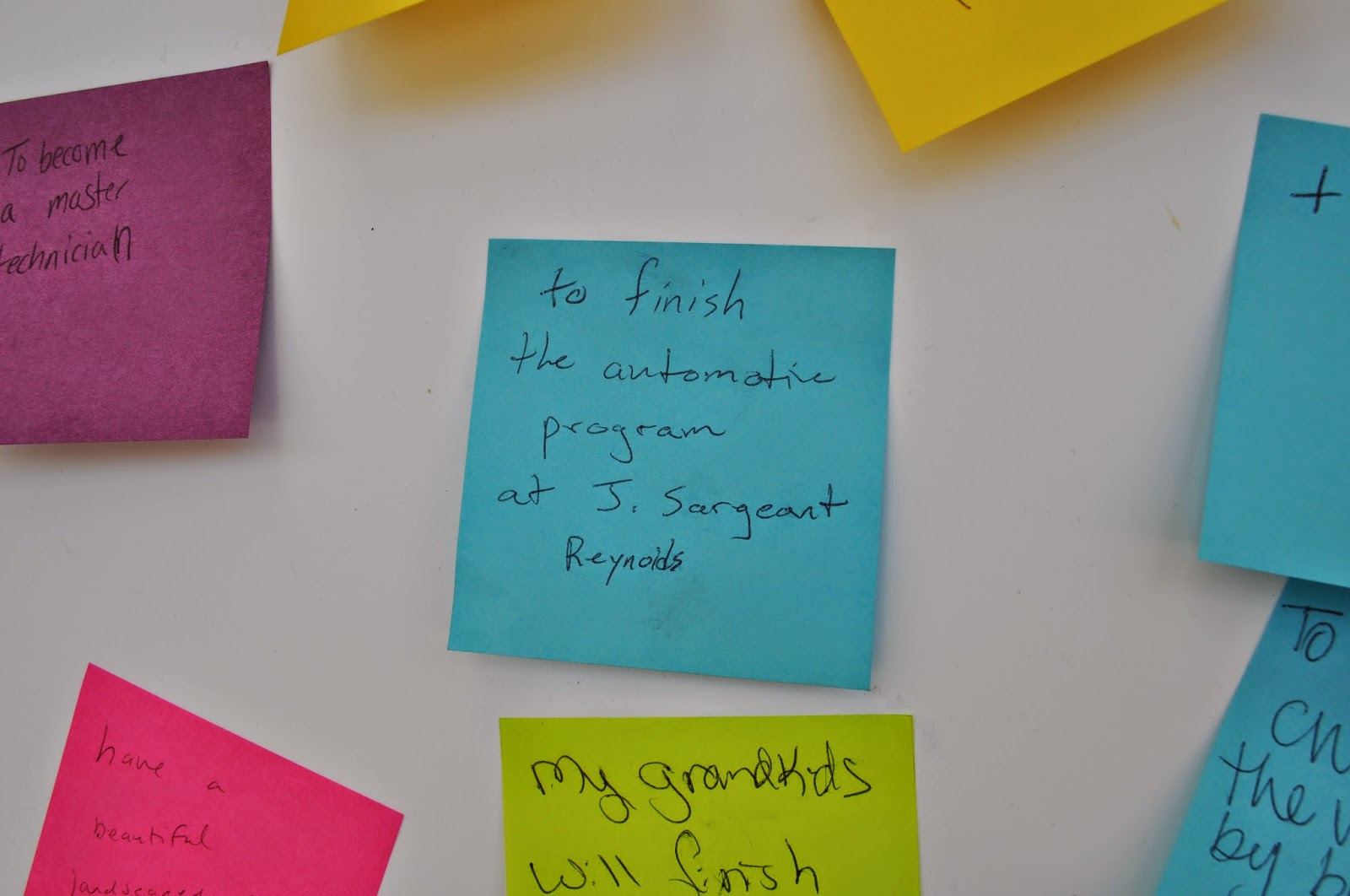 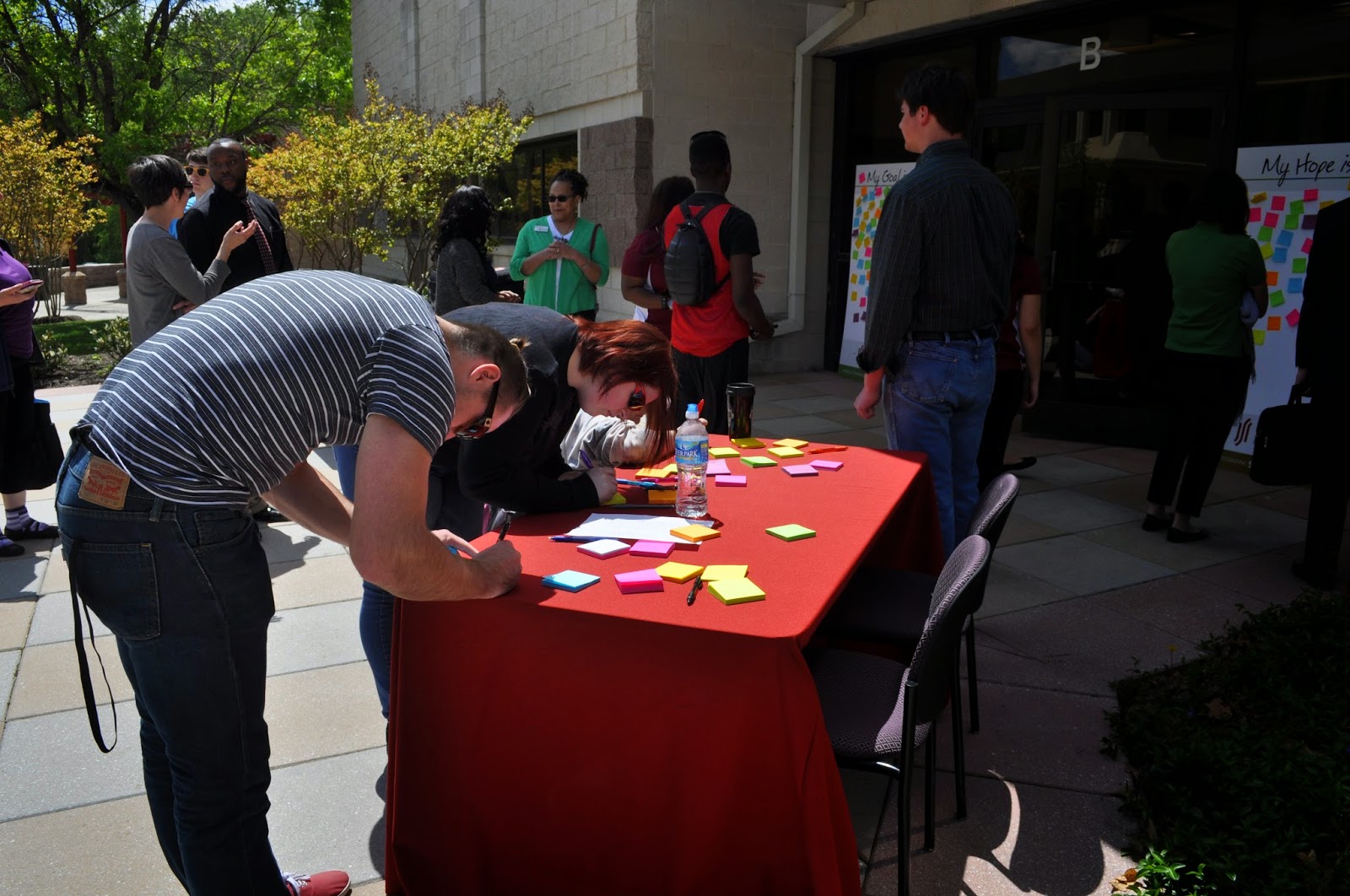 Posted by Reynolds Community College at 7:11 AM


On Wednesday evening, April 22, a large group of art enthusiasts gathered in the Gallery of Georgiadis Hall on the Parham Road Campus to celebrate the artistic accomplishments of Reynolds students as the winners of the 2015 Student Art Show were announced. Each spring the walls of the Gallery become an art gallery for the Student Art Show, displaying creative works in all shapes and sizes. This year numerous individual works of art were on display through the month. The artwork included paintings, drawings, and photographs. 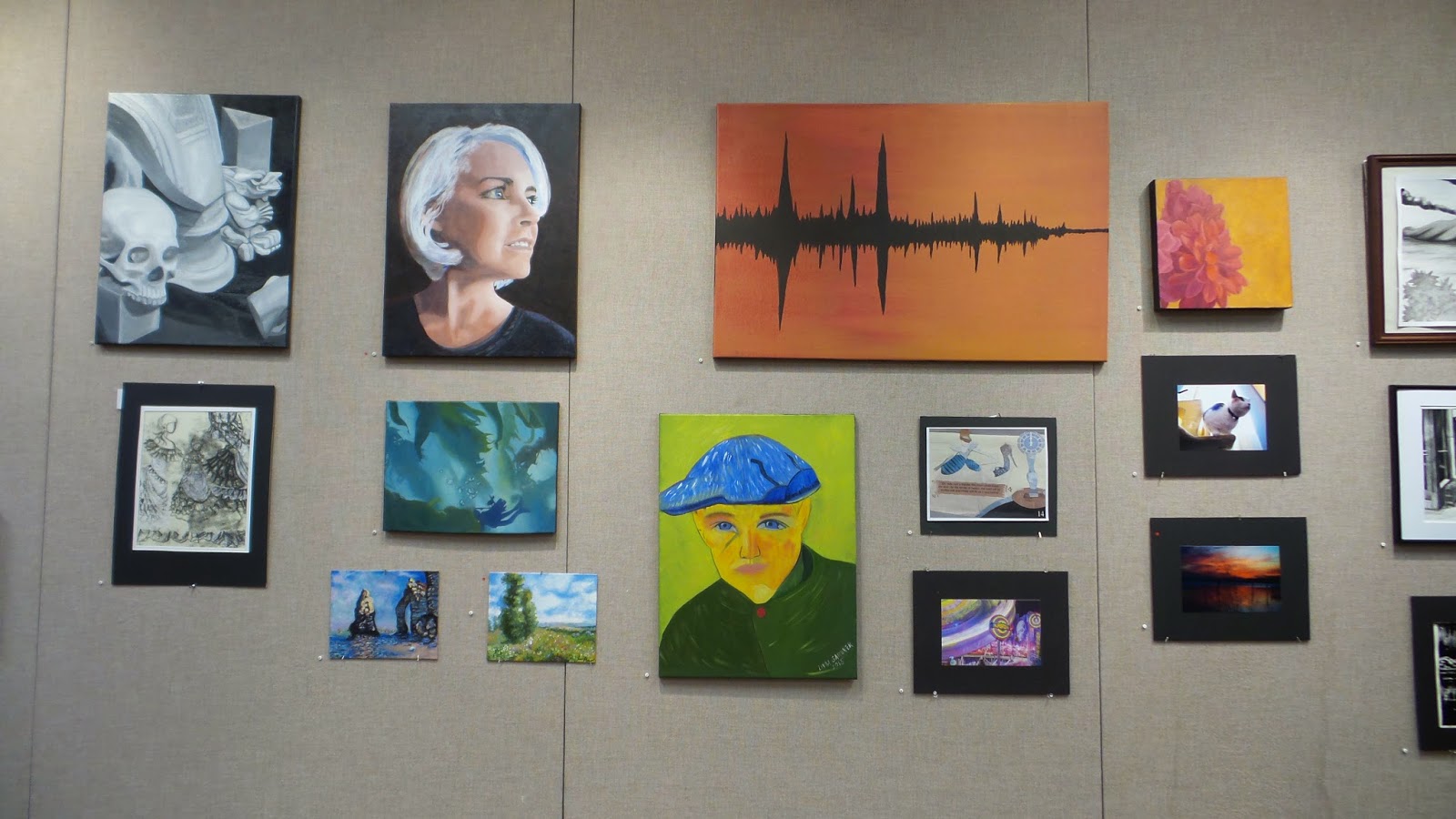 In front of an audience composed of students, parents, faculty, staff, and community members the following winners were announced:

Many of the works offered for sale were purchased by the audience members during the reception which followed the announcement of the award winners.
Congratulations to all the winners!
Posted by Reynolds Community College at 10:44 AM