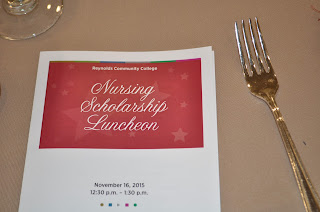 On Monday, November 16, J. Sargeant Reynolds Community College Educational Foundation hosted its 2nd Annual Nursing Scholarship Luncheon honoring the many generous benefactors and donors of Reynolds, as well as recognizing the talented students who will serve as the nurses of tomorrow. Scholarship donors had the unique opportunity to sit together with the students who benefit from their generosity, giving the students an opportunity to share their future goals and express their appreciation.

Bess Littlefield, Vice President of Institutional Advancement at Reynolds and Executive Director of the Educational Foundation opened the luncheon and remarked, “Students, you’re going to meet many unforgettable people in your nursing careers.  Your scholarship donors are very special individuals on that list.  We’re so glad you can be here to thank them in person, along with our outstanding nursing faculty and staff.”

In welcoming the group Dr. Rhodes noted that Reynolds’ first class of just six nurses graduated in 1974-1975, and since 1974 a total of 2,231 Nursing AAS degrees have been awarded. Speaker Benjamin J. Warner added that every time he walks down a hall at Henrico Doctors’ Hospital he meets at least one nurse who graduated from Reynolds. His advice to the students, “Be smart, keep learning and stay the course because all of us in this room will need you one day.”

June Quisenberry told the audience that when she attended nursing school in the late 1950’s the total cost for her three year education, including room and board, books, and uniforms was just $300.00.  The Grace Hospital Alumnae Association now awards scholarships of $1,000 per semester per student, and the majority of their scholarship recipients are Reynolds nursing students.

Nursing student Amanda Wray, a 36 year-old mother of two boys, told the heartbreaking story of losing her husband to cancer in 2012. She noted that the silver lining in their tragedy is that the compassionate care the family received from the nurses who cared for them inspired her to go to nursing school. She thanked the scholarship donors for their gifts and noted she was humbled and honored to receive scholarships without which her nursing education would not have been possible. 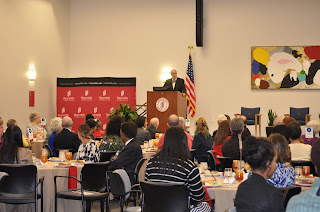 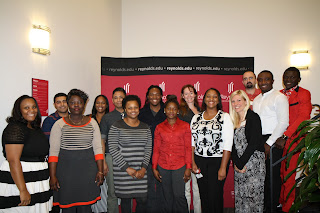 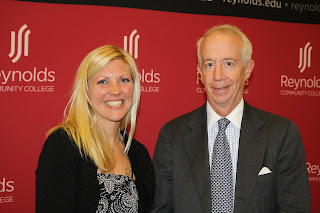 For more information on the Nursing program at Reynolds please visit http://www.reynolds.edu/curriculum/nursingaas.aspx.

Posted by Reynolds Community College at 10:22 AM 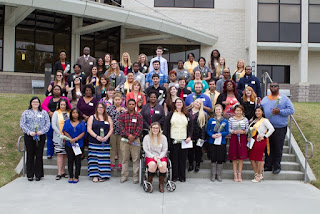 Reynolds Community College’s Chapters of Phi Theta Kappa International Honor Society inducted over 100 new members recently at their annual fall induction ceremony. Students who have completed 12 transferable credit hours and have a 3.3 cumulative GPA at the college are invited to join PTK every fall and spring semester.

Posted by Reynolds Community College at 9:54 AM 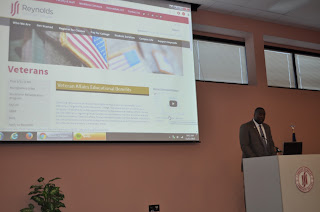 “Reynolds appreciates your commitment and sacrifices to our country, and we want to make your transition to college as easy as possible,” noted Reynolds Director of Enrollment Services Brian Richardson during his welcome to the veterans. “We have established a fabulous team dedicated to assisting you on your path to academic success.”

During the event which was made possible through a grant from Wells Fargo, Veteran Services Coordinator Patrice Jones discussed the process for using GI-Bill benefits, how to transition to campus life via the Reynolds Student Veteran Association and how to access the GI-Bill and Reynolds web site.

“For many today, Veterans Day is a day of memories and a reminder to veterans to live their lives the best they possibly can,” said Mackey. “But while it is important that we always remember today, it is more important that we remember to keep the promise to take care of those that answered our country’s calling.” 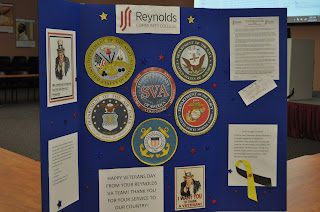 Click to view a video of the “Veteran Appreciation & Education Program” event: https://www.youtube.com/watch?v=mWQCW4-Uw3s&feature=youtu.be

Posted by Reynolds Community College at 8:56 AM