“I applied to JSRCC to become a police officer because I love this community. I grew up here and want to see it thrive.  Being a police officer in general is in my blood line,” said Hicks whose father is a retired captain from the Virginia Commonwealth University Police Department.
There are 16 sworn officers covering the College’s three campuses. Reynolds is one of only six colleges in the Virginia Community College System with sworn police officers. Northern Virginia Community College, Southwest Virginia Community College, Thomas Nelson Community College, Lord Fairfax Community College and Virginia Western Community College are the others.
JSRCC police officers are sworn officers of the Commonwealth of Virginia and have full arrest powers as authorized by state statute. Each officer has completed training mandated by the Department of Criminal Justice Services and is empowered by state law to carry firearms, conduct criminal investigations, make arrests, testify in court and all other duties expected of a law enforcement official.
Officer Campbell currently lives in Tappahannock and received the Top Shooter Award at his Basic Law Enforcement graduation ceremony. He has been assigned to the Downtown Campus.
Officer Hicks is primarily located on the Parham Road Campus and played on the 2003 Virginia AAA State Basketball Championship team as a starting center at Highland Springs High school, before earning a football scholarship at the University of North Carolina. Voted by his peers as president of his Basic Law Enforcement class, Hicks received top of the class academic honors with a 98.7% average.  The impressive score came through 20 tests that consisted of over 1,300 questions.
Congratulations Officer Campbell and Officer Hicks.
Posted by Reynolds Community College at 12:57 PM

Welcome back JSRCC!   We hope that you had a relaxed, fun-filled summer.  We’d like to extend a big welcome to both new and returning students as we look forward to what the new semester brings.  The Office of Student Life started things off by hosting Welcome Back events on all three campuses featuring food, giveaways, music, and games.  Did you get a chance to try to Dunk-a-Dean for charity?
The Downtown campus celebrated Video Game Week on August 28th and 29th with games, popcorn and drinks.  The Game Centers located at both Downtown and Parham Road campuses offer Pool Tables, X-Box, PS3, Wii, Chess and Checkers so stop by to relax, eat lunch, play games or just hang out with friends when your schedule permits.
You’ll want to know about the many events that JSRCC has going on throughout the semester, so check out Student Life’s Events Calendar at http://www.reynolds.edu/studentlife .  Upcoming events include blood drives in early September, the annual Busch Gardens bus trip on September 15th  (tickets are currently on sale in the Business Offices), and an Ice Cream Grab-n-Go on the Parham Road Campus, just to name a few.
On a more serious note, renovations at the Downtown campus are underway and some services have been temporarily relocated while construction takes place.  For the most up-to-date information on Downtown Campus renovations, visit www.reynolds.edu.
Thank you for choosing J. Sargeant Reynolds Community College to reach your educational goals.   We are excited about working with you to achieve them.  Whether you plan complete a certificate or degree, transfer, or simply take classes for personal development, we wish you great success this semester. 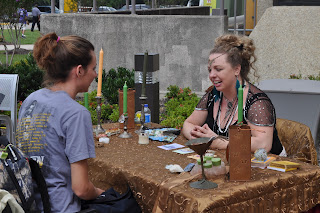 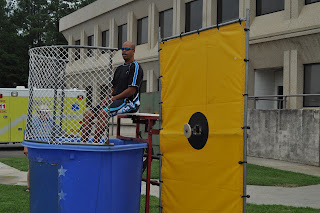 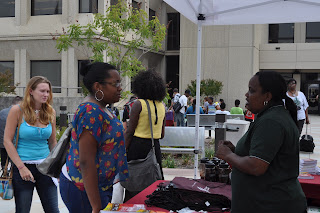 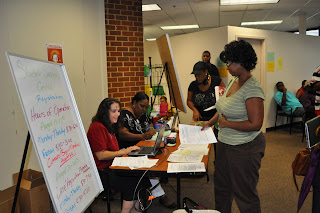