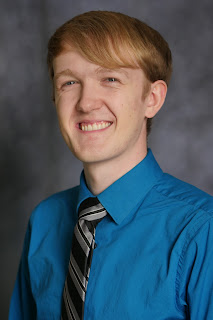 Jeremiah Meadows says, “I pay attention”. His smile is warm, his manner attentive, and there is not a shred of doubt he is paying attention, processing, thinking and planning. When asked if he would be willing to come back to Reynolds in May to talk about his experience at VCU where he is headed in January, he pulls out his phone and sets up a calendar reminder. Impressive.

Jeremiah admittedly wasn’t always passionate about academics. He was home schooled and didn’t get a good perspective on the value of education until later when he began exploring his own ideas and interests. Jeremiah has been on his own financially since he turned 20.

Jeremiah’s first real classroom experience came at Reynolds. For a student who had struggled for years to learn independently, to solve his own problems and answer his own questions without the benefit of teachers, coming in to a welcoming environment that offered a community of learners was the spark that set his love of learning on fire. He said, “Now I enter every class ready to learn and engaged. Whether or not the subject is directly related to my studies [biology!] doesn’t matter, I can always take away a lesson.”

Jeremiah, like many of the Honors Students, said he delayed going to college until he knew what he wanted to do. He needed a goal. Instead of heading to college – the easier path that his parents supported – he went to work. He had been working since age 14 so the choice seemed clear. By the time he knew what he wanted to do for the rest of his life he had worked in a hardware store, for an answering service, as a server at a resort, and as a 911 dispatcher. Currently he works 20 hours each week for Chesterfield County in addition to carrying a course load of 12 or 13 credit hours. 10 of those credit hours are Honors Courses. Again, impressive.

Now that it’s time to leave Reynolds, Jeremiah is reluctant to go. “My experience at Reynolds has been so incredible. The professors have made a huge difference. I am so grateful for the relationships I have made with them. They have always been willing to help and they do a fantastic job of teaching. What I have learned here is so valuable. Not just what is in the textbooks, but for example, Professor Teresa Creech’s class discussion format sharpened my analytical skills and Professor Robert Tyson opened my eyes to my path in life. Then there is the community of learners who inspired me, kept me on track, and became my friends. It’s very hard to leave these relationships.”
To any student thinking about coming to Reynolds, Jeremiah had this to say: “Reynolds is a very welcoming environment. It’s not judgmental. Students are free to be themselves, to explore and express ideas. There is much less pressure. Reynolds is a smart choice for many reasons, certainly financially, but more important, it is a smart choice academically.”

Best of luck to you, Jeremiah. Your professors and fellow students are going to miss you terribly, but no doubt they will be glad they knew you.

Jeremiah Meadows graduates from Reynolds in December as an Honors Scholar. The Honors Scholar designation means Jeremiah has completed the full Honors curriculum and is eligible, per Reynolds transfer agreements, for direct admission to VCU or JMU Honors College.


Earlier this semester, when asked about his future plans, Jeremiah had this to say: “My transfer to VCU this spring (2018) is underway, where I will double-major in Political Science and Philosophy. After that, my course could change or divert. Currently, I wish to attend Harvard Law School after I receive my baccalaureate degree. However, I could find myself on an academic path toward a deeper pursuit of philosophical study where I may go to graduate school for the discipline. My primary goal for my future career is to work toward eliminating the stark socioeconomic inequality that exists both inside and outside of the United States.”

Read the rest of Jeremiah's Honors Profile on the Reynolds Honors Blog
Posted by Reynolds Community College at 9:10 AM 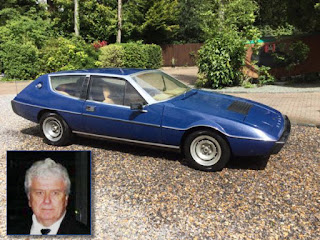 Where did you grow up? If not in Richmond, how long have you lived here, and what brought you here?
I was born and raised in northern New Jersey, just across the river from NYC. I have not officially moved here yet. I rent an apartment near Goochland, and commute back to my home and family in NJ on most weekends. We have purchased property nearby, and are in the early stages of having a house built. The opportunity to work here at Reynolds introduced me to the area, the friendly people and beautiful countryside cinched the deal.

When and why did you get involved with cars?
My father owned a service station when I was in my early teens, and I helped out there a lot. I developed a strong passion for cars and motorcycles, became a true gearhead, and started racing during my high school years. It has developed into an extremely rewarding, and satisfying career, doing something I have always loved.

How long have you worked for Reynolds?
It will be two years this January.

What is your favorite part of your job?
Teaching my craft, and seeing my students’ reaction when it finally “clicks”, and they truly understand what they’ve been taught and how to use it.

What is the best car you have ever owned and why?
I have had so many, I could never pick just one. So I will talk of my current project car, a 1980 Lotus Elite. It is a unique vehicle with many early British vehicle challenges, but it helps to keep me reminded of the brilliant minds such as Colin Chapman’s, that have influenced automobile design throughout history.

How about the worst car? And why?
That same Lotus Elite. It is an early British vehicle with the everyday issues of cars from that era. (Still glad I own it, but it is something I can gripe about when I need to complain.)

What advice would you give someone buying a new car today?
Buy only what you need, the technology changes so quickly. Be aware, great strides are being made in electric vehicles. They are evolving quickly, and will likely be a serious consideration in the not so distant future.

What do you like to do when you are not working?
Spend time with my family (especially my grandchildren), attend or participate in automotive, racing and country music events.

You’ve just won the Mega Millions jackpot. What are you going to do first?
Provide for my family’s needs, my grandchildren’s education, check a few things off my “bucket list”, and give back to the communities which enabled me to pursue my passions.

Posted by Reynolds Community College at 8:17 AM