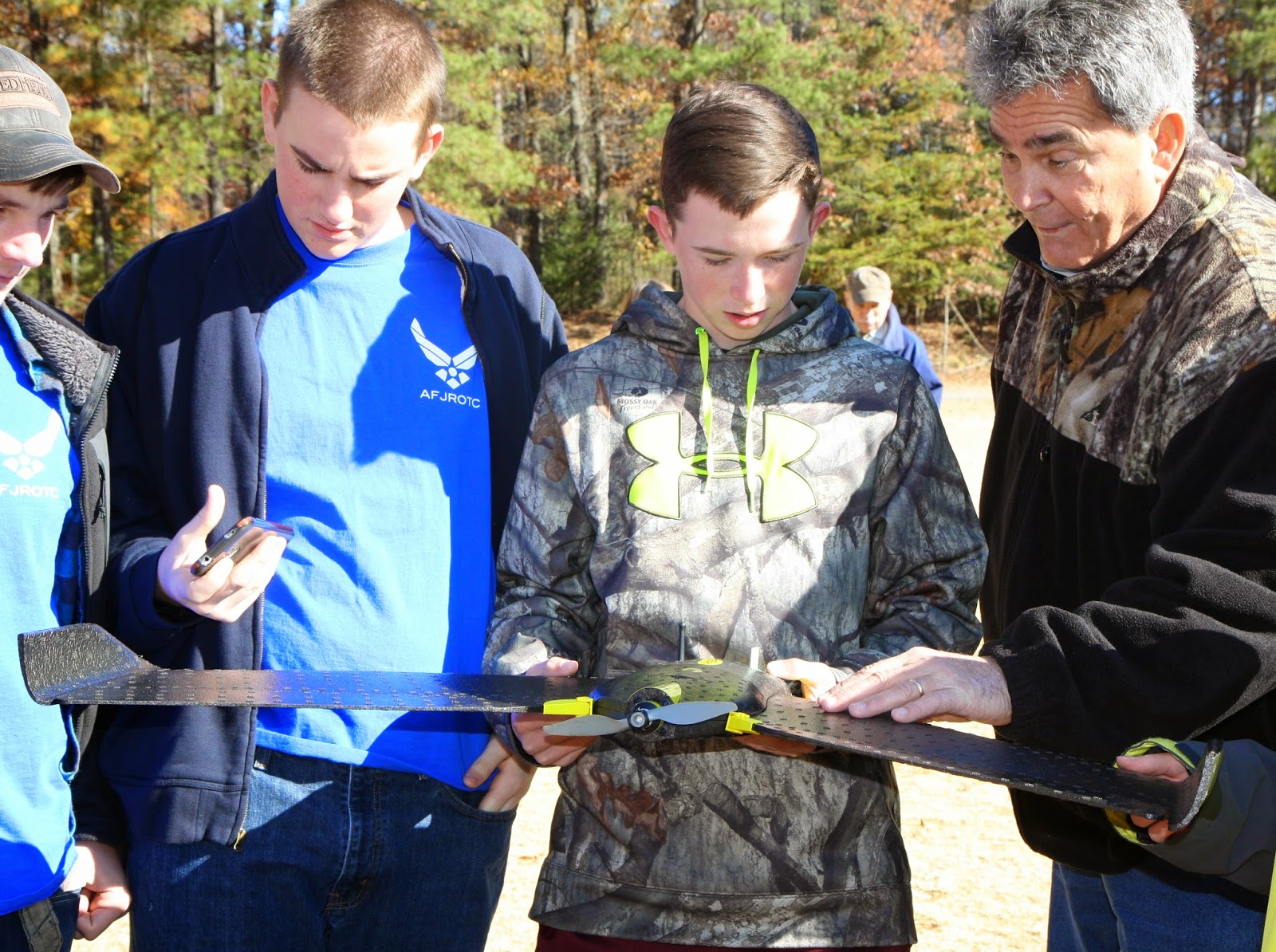 Caron East is one of the biggest distributors of the type of drone that the students launched. The company is also known for mapping all types of geographic locations, from local colleges all the way to mapping the Swiss Alps.

Wen Andrews, professor and program head for the Department of Architectural and Civil Engineering Technology at Reynolds, made this event possible by bringing together Caron East drone experts and the Deep Run High School students. 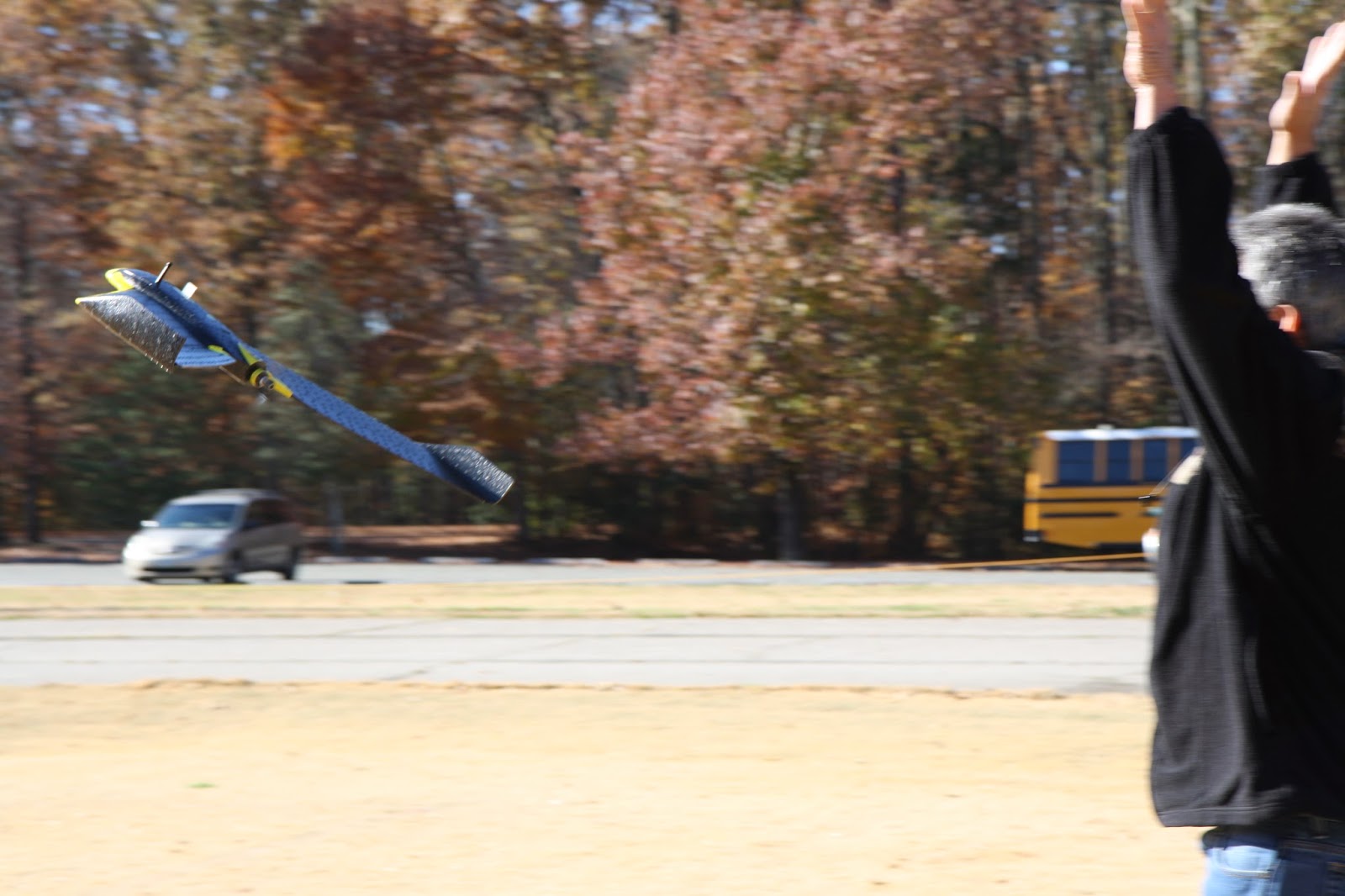 As the students stepped off of the bus, the drone was placed on the athletic fields for its flight. As the students circled around, the functions and operation of the drone were discussed. A Caron East expert also explained how the drone route was pre-programmed. After the launch of the drone, the students watched it soar up into the sky making perfectly aligned trajectories above the field where they stood.

After about 10 minutes of flying time, the drone circled around and flew back in for a landing on the grass. The students gathered nearby for a quick recap before heading into a classroom.

As the students filed into the computer-filled classroom, Wen Andrews and the drone expert brought up special software that showed the trajectory that the drone took, as well as the photos the drone procured throughout its mission. The students discussed different aspects of the software as well as safety tips, planned vs. actual inflight information, and general use of the software program. 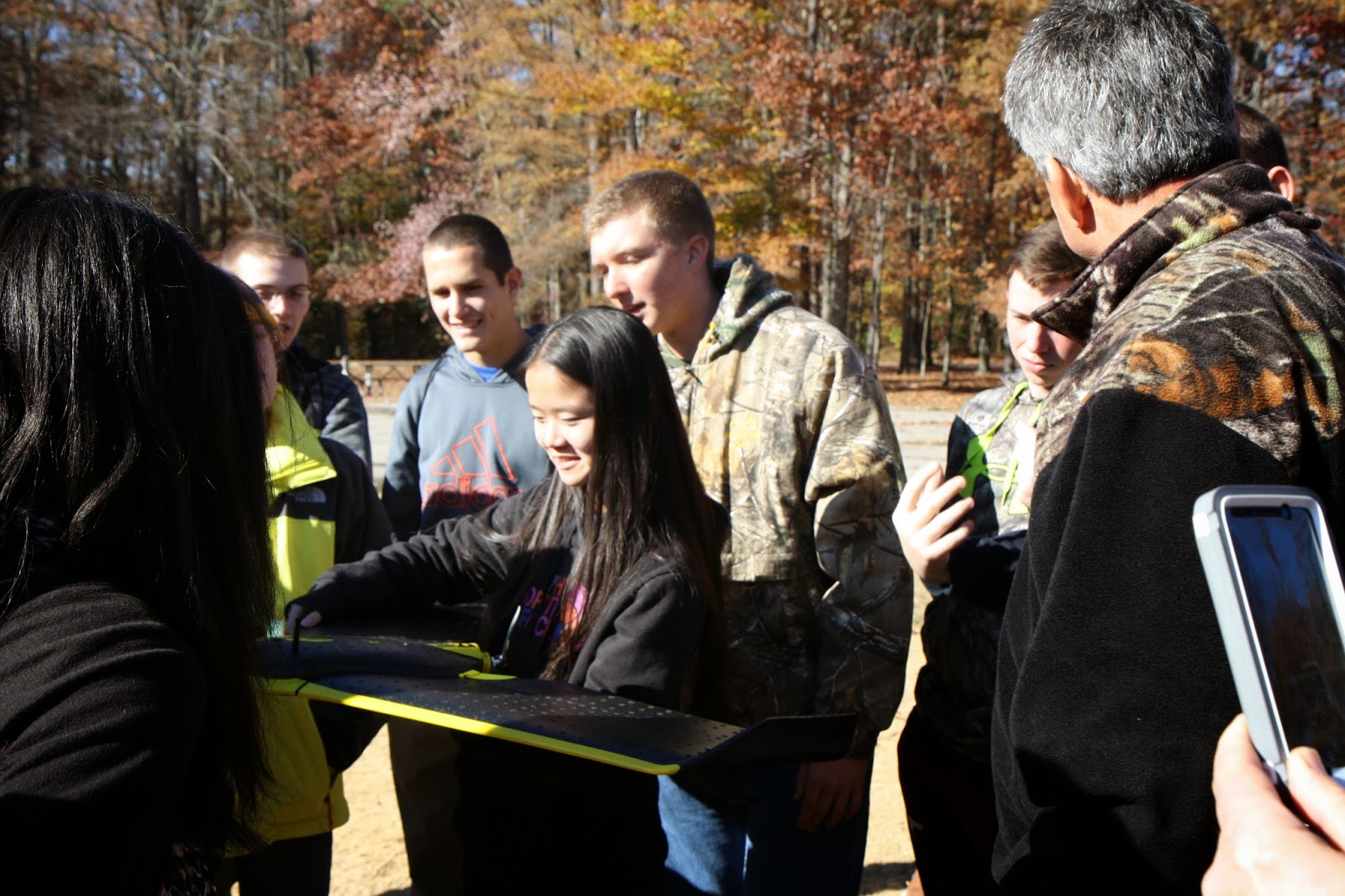 Overall, the effect of this event on the students was immense. Senior Master Sergeant Mark Granger, Deep Run High School Air Force ROTC instructor, spoke about the benefit of this opportunity. “The drone event was a huge success for our students. We use this technology in the Air Force for several different applications, however the information about agriculture use was interesting. We have implemented that application into the new lesson plan for our cadets. They were excited about the technology and agility of the drone, as was I,” stated S.M. Sergeant Granger.

Major Patrick Scholle, also an instructor for the Air Force ROTC program at Deep Run High School, was also in attendance and believed this to be a great learning experience. “I was thrilled,” stated Scholle, “it was a really neat opportunity to take our students over there and expose them to that kind of up-and-coming technology and give them the opportunity to see what is out there. We read about it in books but to be able to hold the drone and see it fly was amazing.”

Instead of just sitting in a classroom hearing about drones and GPS technology this event gave the high school students a chance to visit a college campus, actually watch a drone at work, and then go into a classroom and see the data captured by the drone.

“This event also allowed us to introduce the students to J. Sargeant Reynolds and show them that this is also a great step to where they may want to get to in life,” stated S.M. Sergeant Granger as the drone flew it’s path overhead. 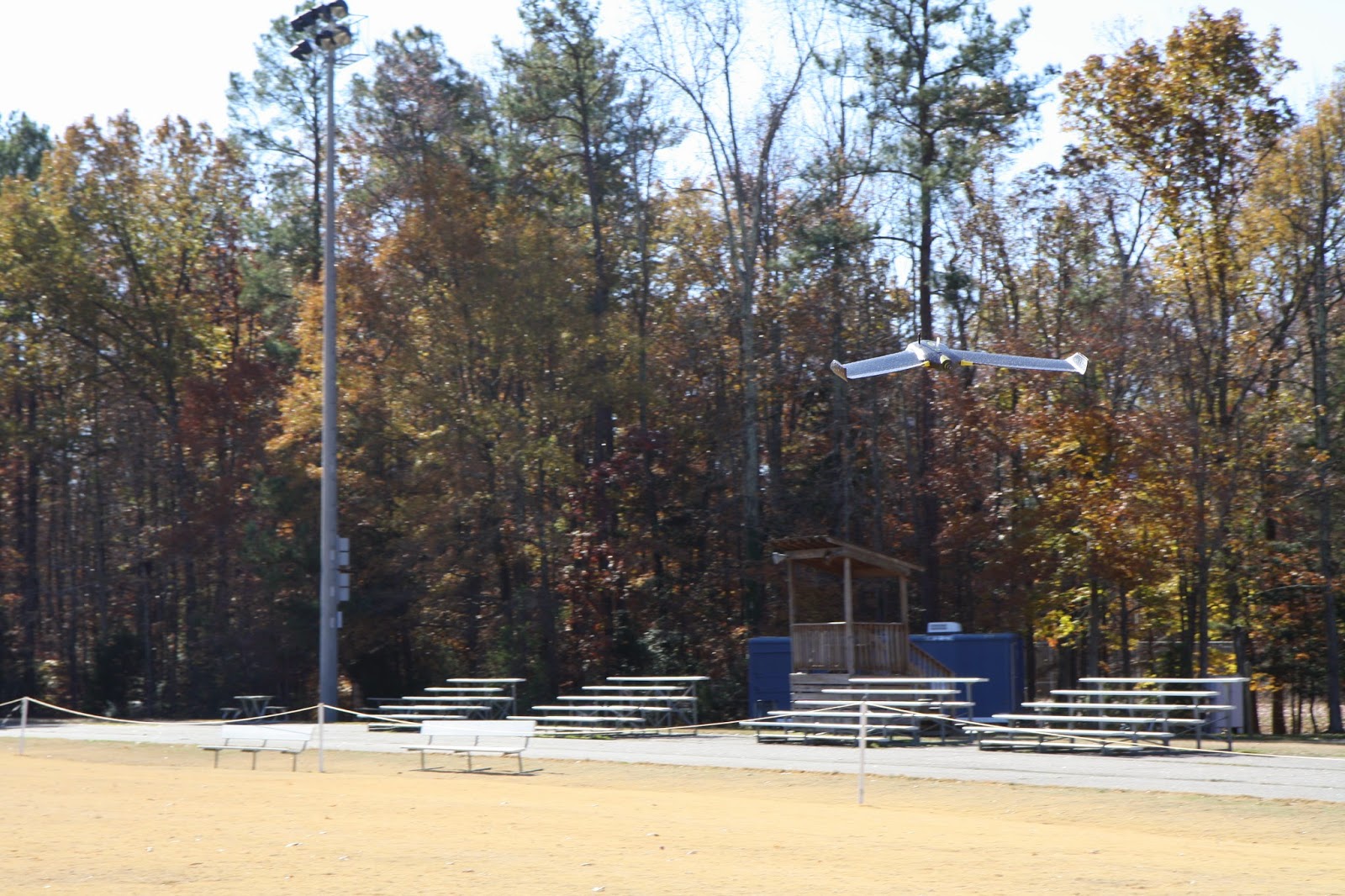 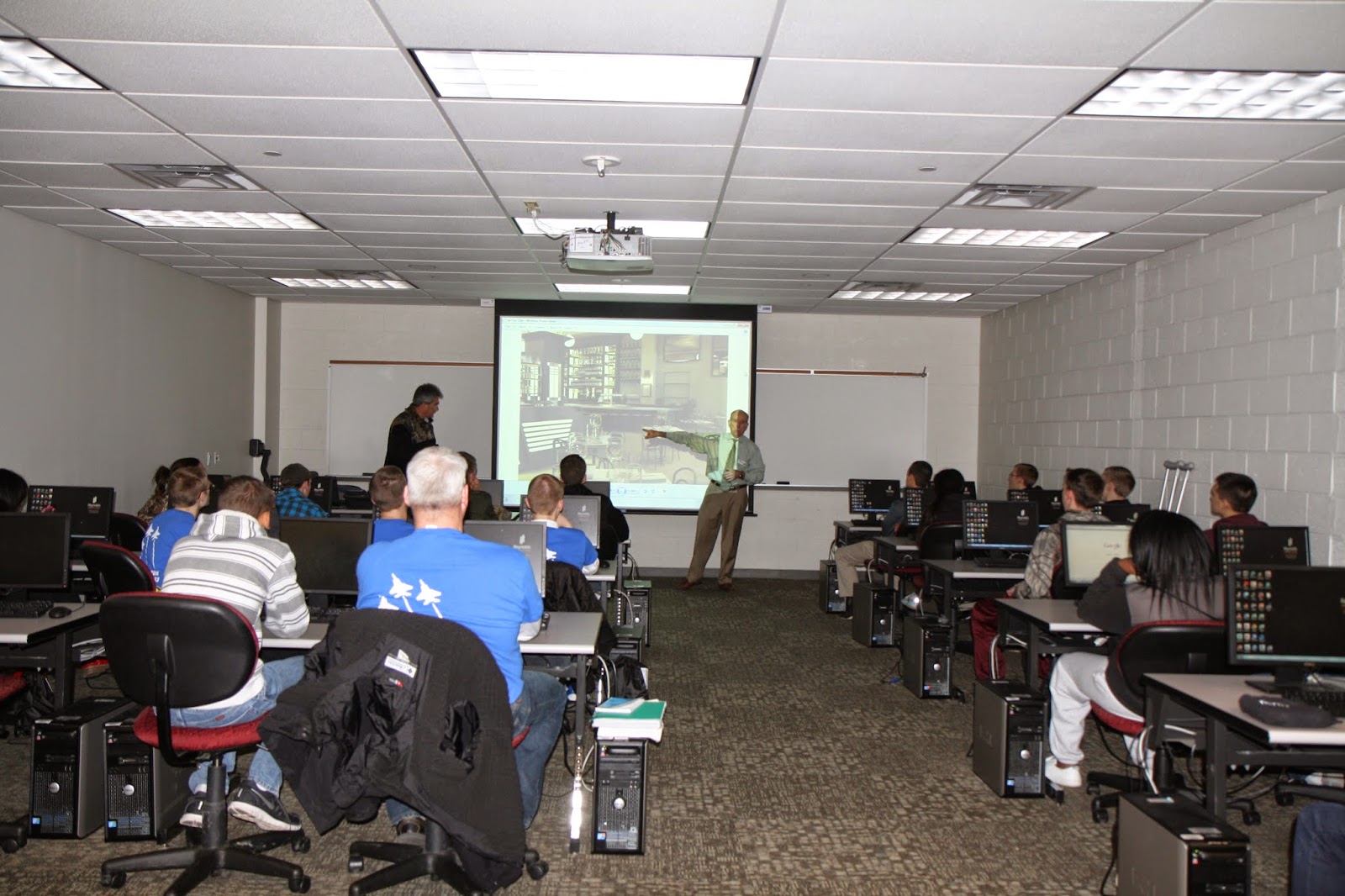 Posted by Reynolds Community College at 7:57 AM