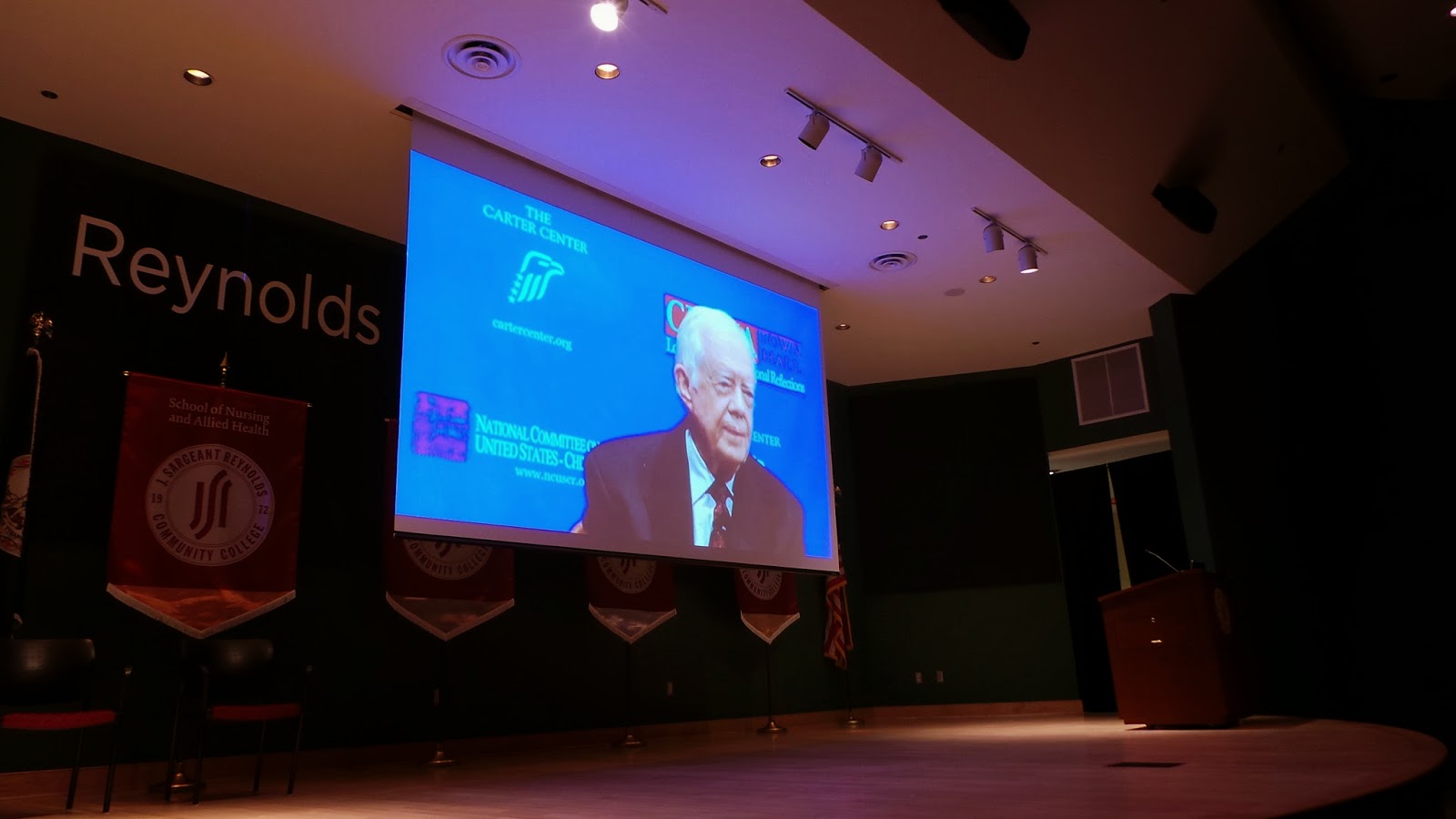 Reynolds Multicultural Enrichment Council, in conjunction with the National Committee for U.S.-China Relations hosted a live webcast China Town Hall on October 16, a national day of programming on China involving 70 cities throughout the United States.

A group of more than 50 people gathered in the Massey Library and Technology Center for the event which featured a live webcast with Jimmy Carter, 39th president of the United States followed by a presentation by Professor Virginia Bower of the University of the Arts in Philadelphia on Chinese Art entitled, "The Forbidden City - Forbidden No More."

President Carter's remarks centered on how the United States and China cooperate to achieve global solutions to some of the world's most critical issues including economics, climate change, security and trade.

Professor Bower discussed the art collection of the Imperial Palace in Bejing - a timely topic as some of those pieces are part of the Forbidden City collection currently on exhibit at the Virginia Museum of Fine Arts.
Posted by Reynolds Community College at 10:56 AM