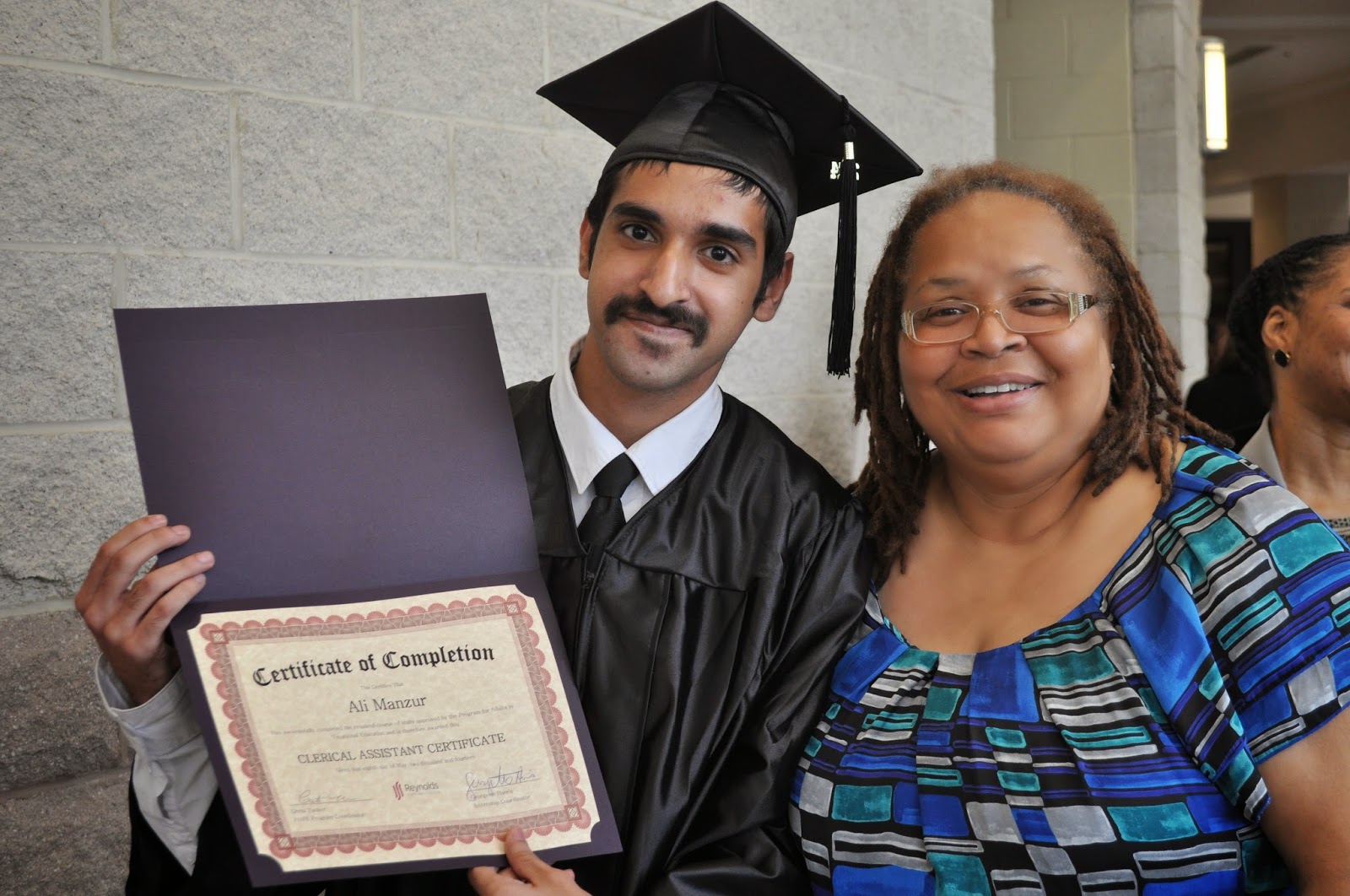 The 24 graduates of the Reynolds Community College PAVE Class of 2014 were honored at a Graduate Recognition Ceremony on Thursday, May 8th in the Lipman Auditorium of the Massey Library Technology Center on the Parham Road Campus.
The Program for Adults in Vocational Education (PAVE) is a two-year vocational training program which serves students with intellectual, physical, emotional, and learning disabilities.  It is the only program of its kind in Virginia. PAVE provides students with tools to become independent support professionals in their field.  Students may earn career studies certificates in four areas - Child Care Assistant, Clerical Assistant, Food Service Assistant or Personal Care Aide. 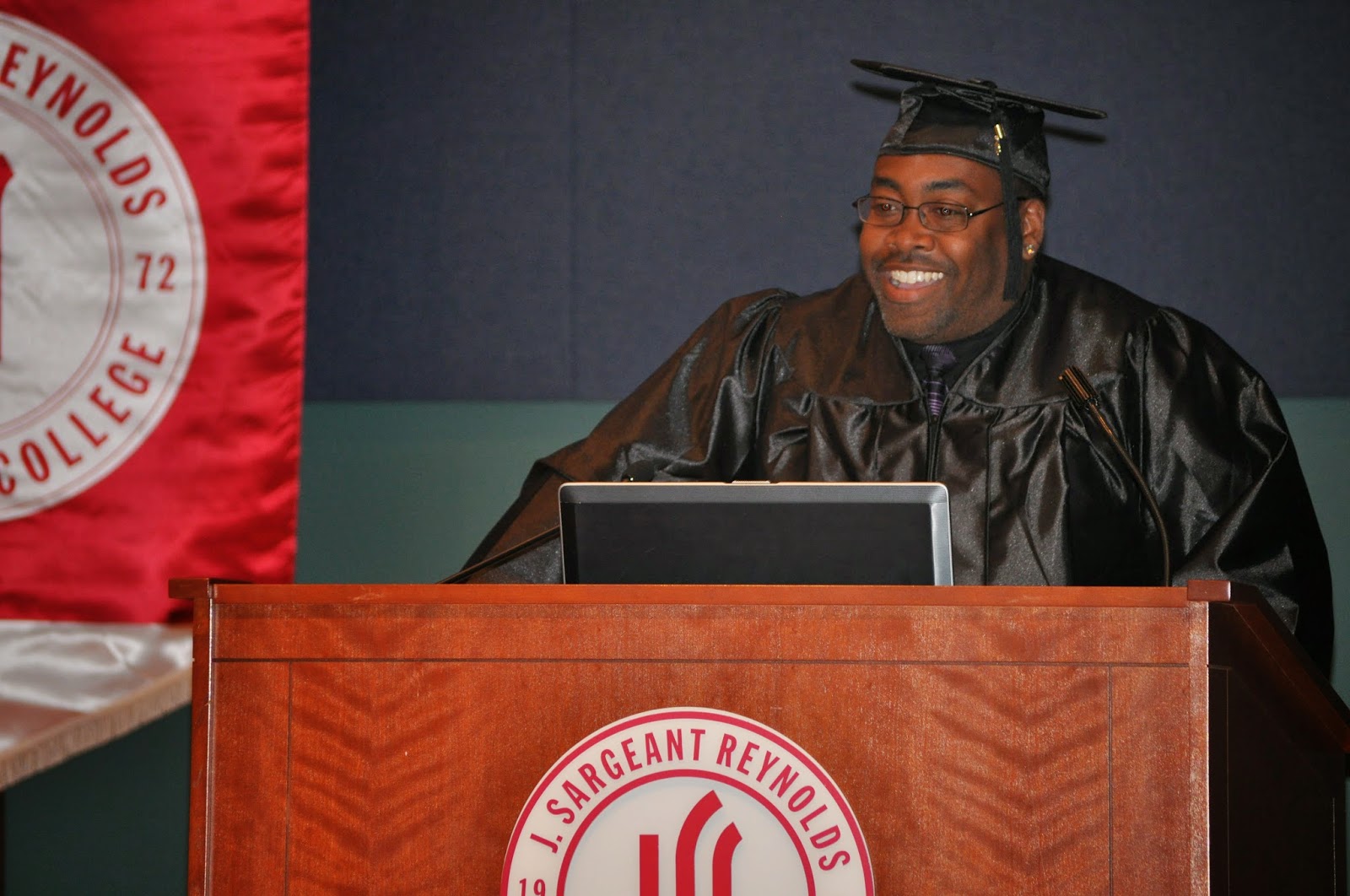 The PAVE Class of 2014 earned 10 Clerical Assistant Career Studies Certificates, three Food Service Assistant Career Studies Certificates, five Personal Care Aide Career Studies Certificates, and six Child Care Assistant Career Services Certificates.
PAVE Counselor Deborah Wilkerson served as Mistress of Ceremonies for the May 8th ceremony. Reynolds adjunct faculty member Toney Lineberry served as keynote speaker. He told the audience about a January night when he was 18 and drove his car in a winter storm against the wishes of his parents. The car struck ice, flipped several times on Parham Road, and Toney’s injuries left him paralyzed from the shoulders down. In spite of the difficulties he faced he decided to go to college at the age of 32.  He earned an associate degree from Reynolds Community College, a bachelor’s degree from Randolph Macon College, and then graduated from UVA Law School.  Of all his degrees, he told the audience that he is most proud of his degree from Reynolds Community College. 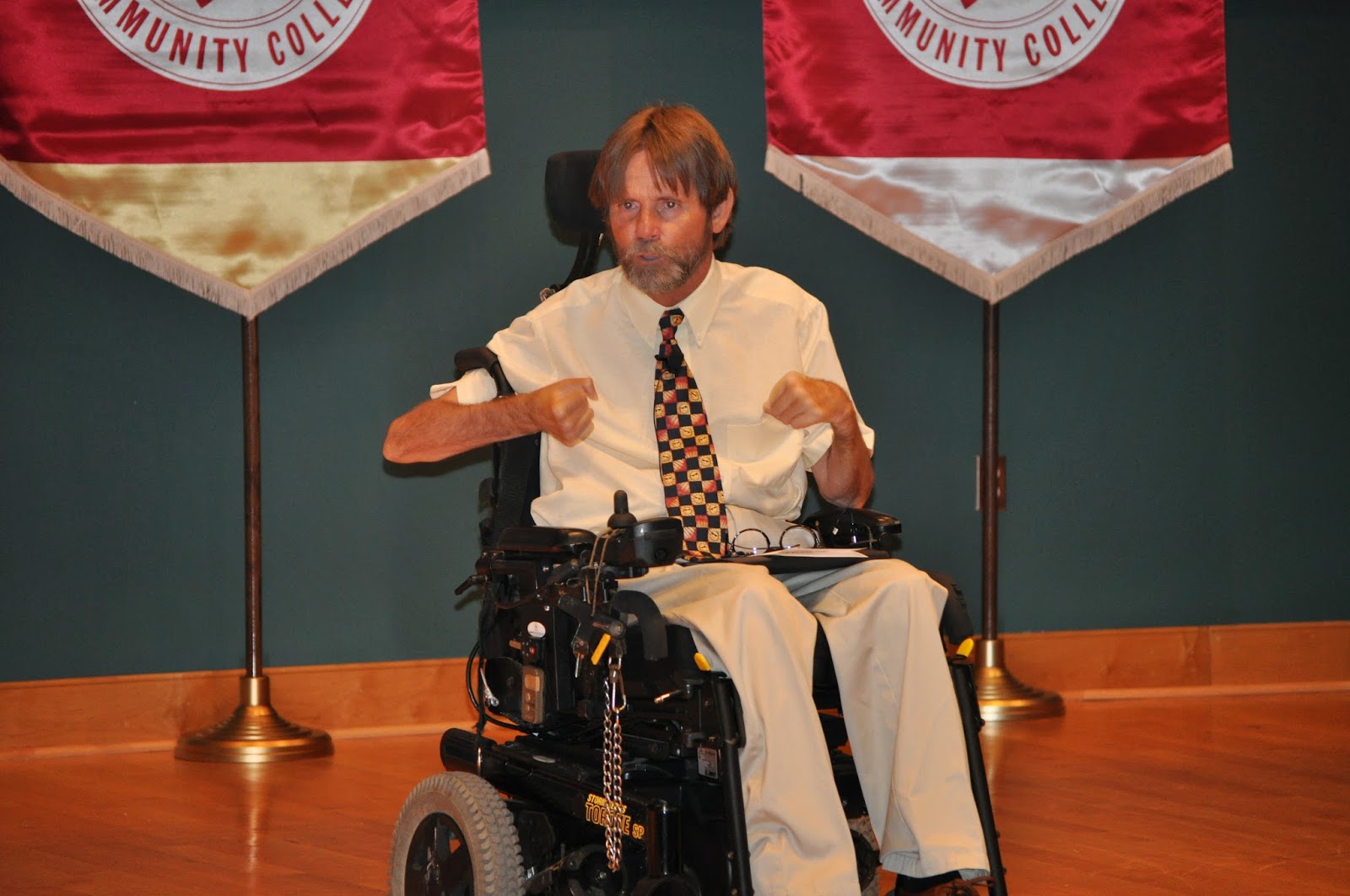 Several of the graduates addressed the audience.  Christopher Banks thanked the PAVE staff and said “I never could have made it without you.” Kim Cousins said her professors taught her never to give up, and added, “The program wasn’t easy, but we got through it!” Scott Steverson told the audience that after high school he thought his education was over, but faced with a choice from his parents to either get a job or go to college, his chose college. Still, he dropped out only two courses shy of graduation and got a job. It wasn’t long before he realized that with no skills to offer an employer his career was “dead in the water.”  He returned to school to get those skills, and to show his own children that he could finish what he started. He concluded by thanking his family for their support.

As part of the PAVE program students work independently through an unpaid internship after completing professional and social skills training in the classroom. Five of this year’s graduates have already been employed as a result of their internships and three more are anticipating employment offers. 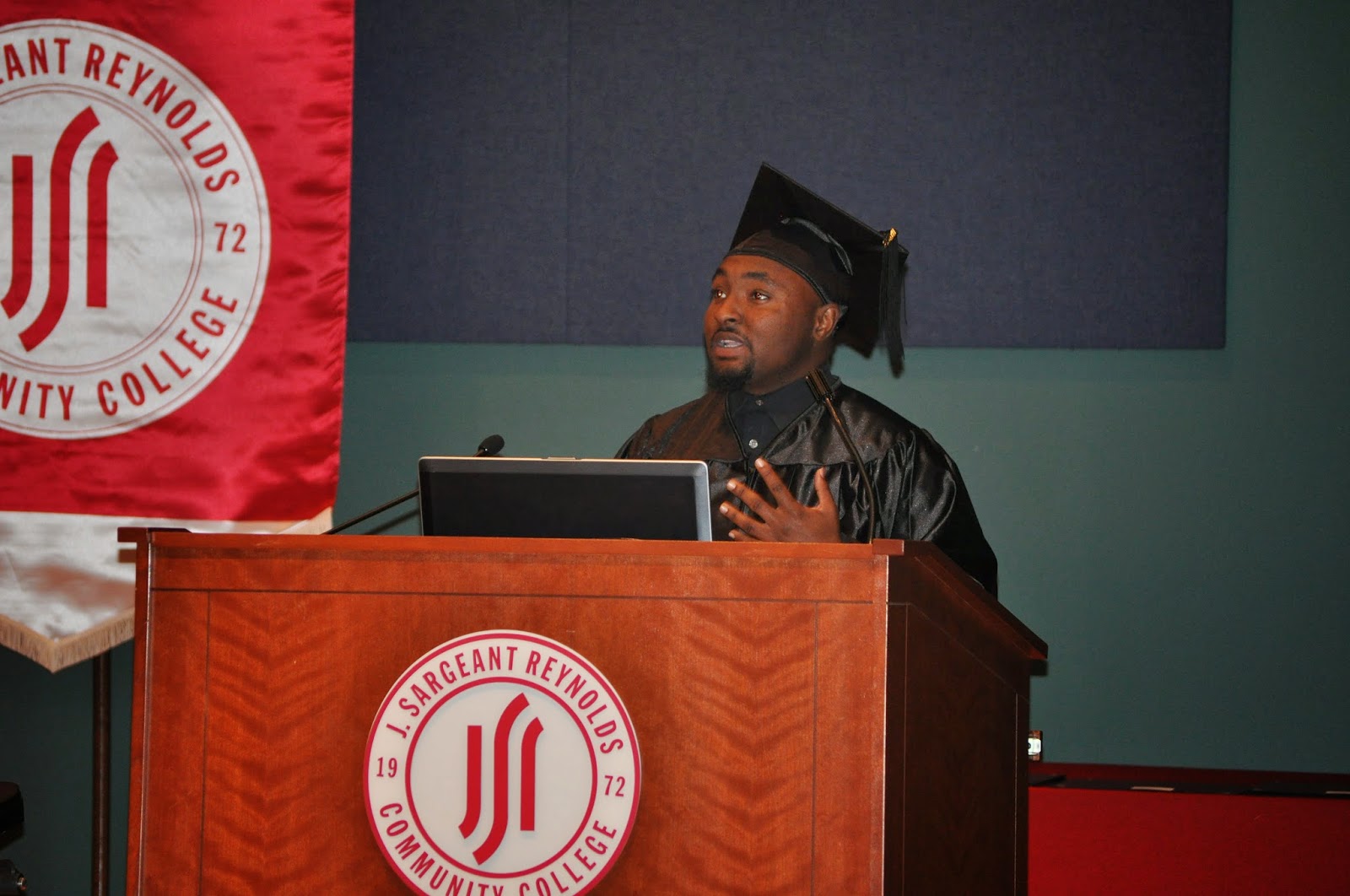 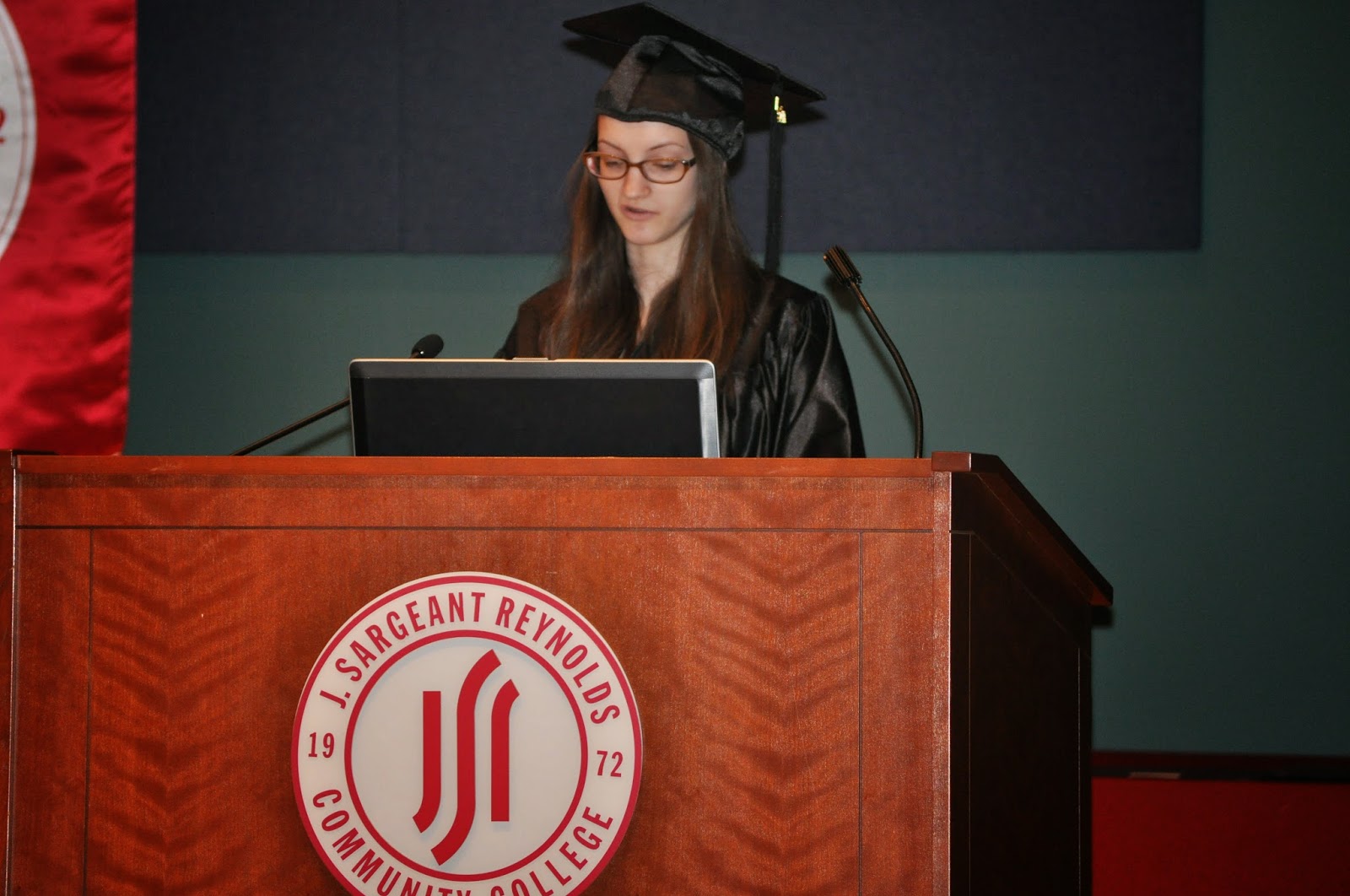 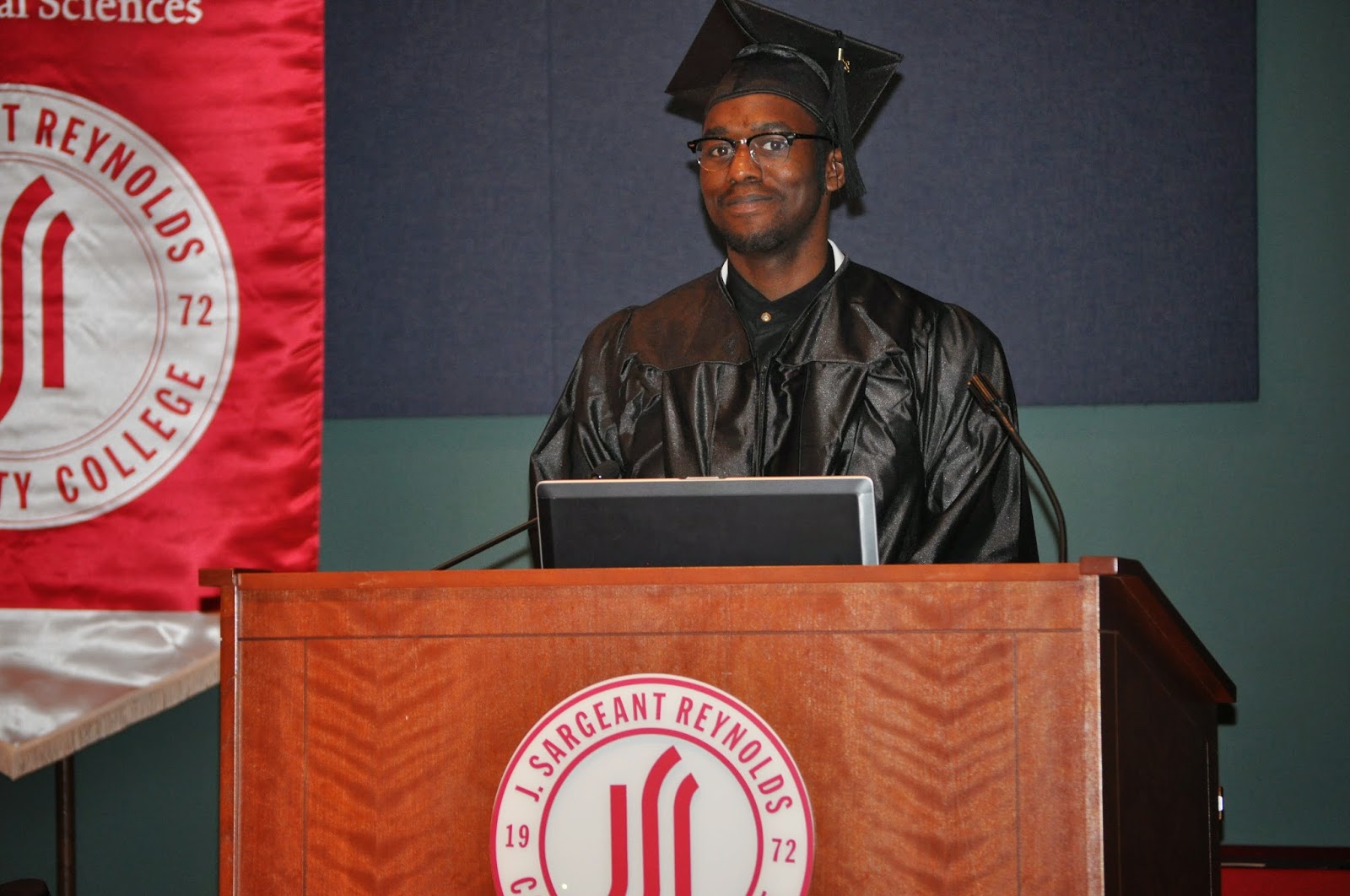 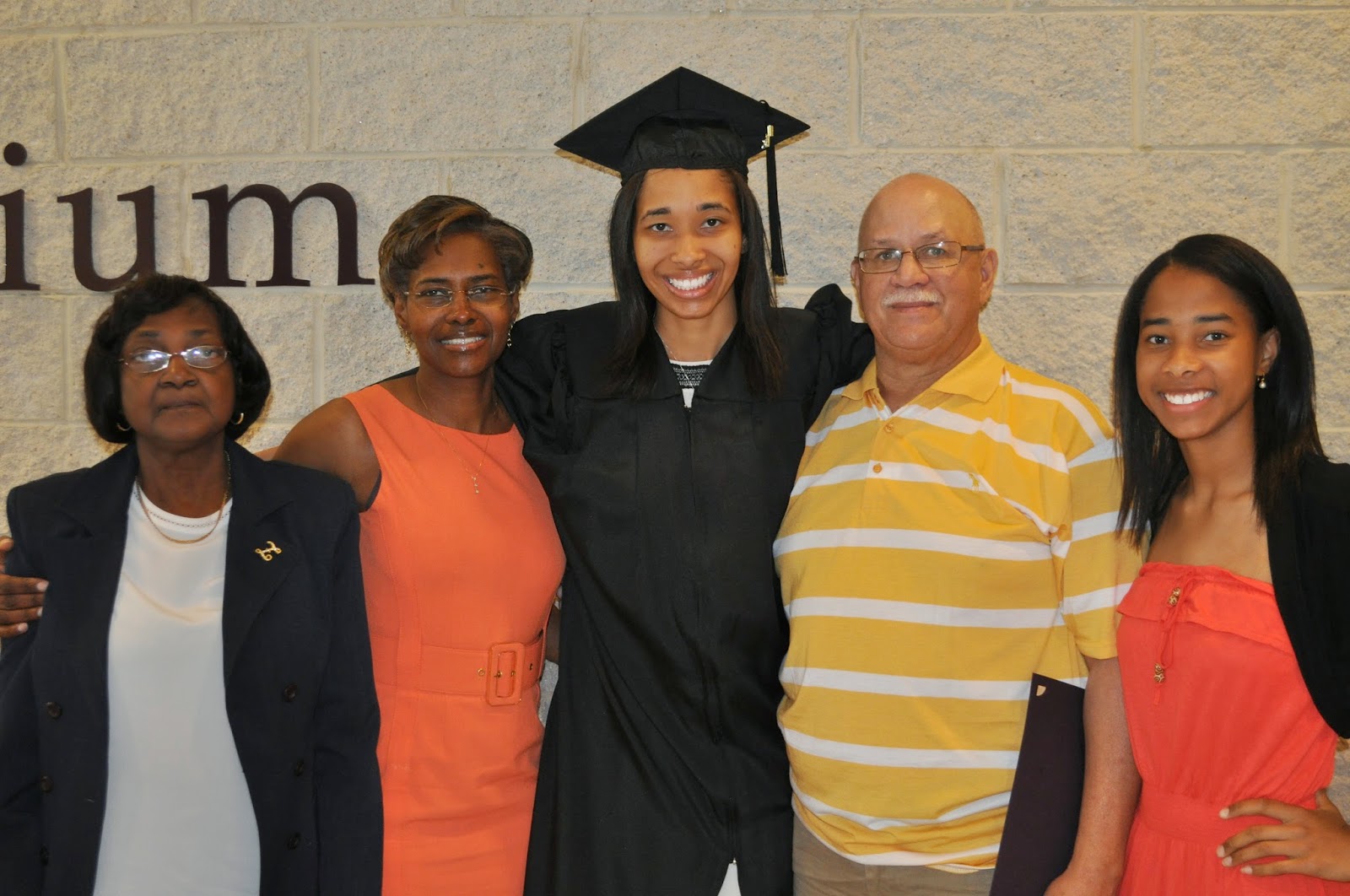 Posted by Reynolds Community College at 8:06 AM