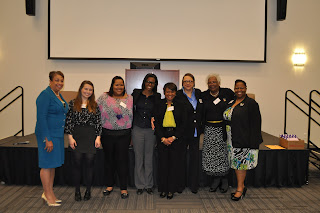 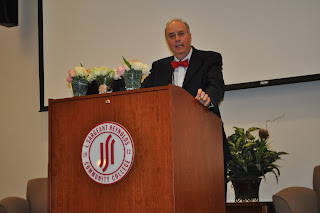 In honor of Women’s History Month 2013, JSRCC’s Multicultural Enrichment Council sponsored A Celebration of Women’s History Month on Friday, March 22, 2013 at the Workforce Development Conference Center.   The program, entitled Empowerment: Connecting the Past, Present and Future, featured several successful women from the greater Richmond community who shared their paths to success.  Reba Hollingsworth, anchor and reporter from WTVR, CBS-6 served as moderator for the event. 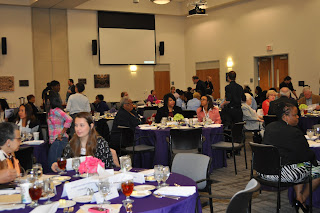 Freda Thornton, president of FWL & Sons served as Keynote speaker.  The owner of five franchise locations of McDonald’s restaurants, Freda began her career in 1980 as a crew person.  Freda shared her story of growing up in low-income housing in North Carolina, a mother at 16 who spent her mornings “cropping tobacco by dawn.”   She was determined to be a success and she credits her success to people who “saw something in me that I didn’t see in myself.”  She told the audience that women must be bold and take chances to succeed.  “Know self.  And remember, ‘to whom much is given much is required’.” 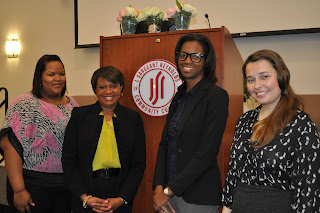 Lacette Cross, Coach/Mentor at Camp Diva, decided to follow her heart and work in youth development at age 30.  “I was sitting in my car and listening to the radio. The news report was on the latest STD stats. I realized there's so much work to be done around sexual health and disease prevention, and pregnancy prevention especially among young African-American women. Girls everywhere need to have a safe place to talk with someone about sexual health. What it means to empower them to make better decisions and be a good steward of sexuality.”  Her advice to the audience, “Always know your passion, stay connected with it, be willing to do it for free and the money will follow." 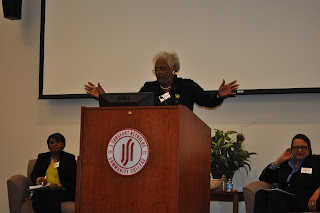 Marilyn West, Chairman/CEO of M.H. West & Co., Inc., a Richmond based planning and consulting company with specialization in management, education and planning services, told the audience that with a number of well-known people in her family including Marvin Lewis (football player) and Tony Dungee (coach), failure was not an option. “You couldn’t have sustained failure in my family.  That was simply not an option.”  She advised participants to “fill your network with individuals from different backgrounds.  And, every once in a while, when you think of where you want to go, think of successful people before you and compare your resume to theirs and see where it pales. If you want to be a leader, take a look behind you and see if there’s anyone following.”


Dr. Brenda Drew, JSRCC College Board member and longtime educator in Richmond and Hanover public school systems advised participants, “Totally embrace and love what you do. If you make mistakes, its ok-- it's all part of the experience.  Discover your self-worth.  If you embrace who you are and allow yourself to do what you love doing, you believe the impossible is possible.  You find ways to transform people's lives.  Don't just lean in, but lead on.” 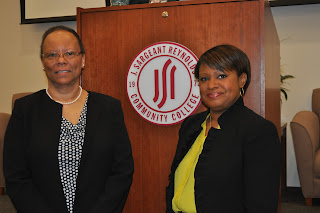 Following these inspiring speakers three young women from JSRCC and VCU shared their future goals.  Jessica Gaither, a Middle College graduate pursuing her certification in Substance Abuse counseling, shared a powerful story of her older sister’s struggle with addiction.  It was her sister who encouraged her to go back to school and earn a GED.  “I looked at what she was going through and all of the really hard decisions she had to make every single day.  I figured if my biggest decision was going back to school, I could do it.”


Alexsis Rodgers is a graduating senior at Virginia Commonwealth University pursuing bachelor’s degrees in mass communications and Spanish and a minor in political science.  Last fall, she worked full-time in Henrico for President Obama’s re-election campaign, particularly energizing high school students and involving them in voter education and empowerment activities. With a pronounced interest in minorities’ interactions with politics, she has researched the issues of low voter turnout, access to interpretation services in Virginia courts and now the desegregation of school systems.


In February Alexsis was recognized by faculty members in VCU’s School of Mass Communications, receiving the 2013 Black History in the Making Award for achievements in academics, career or service.


She plans to continue gaining experience in the communications industry after she graduates, perhaps at CRT/tanaka where she currently is an account coordinator. Eventually, she aspires to work with a nonprofit, strengthening humanitarian efforts in underdeveloped communities. 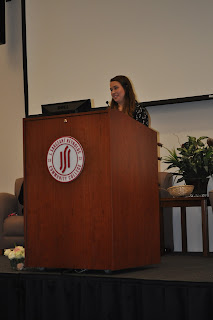 VCU student Anna Scherbakova bridged the language gap for her parents which made her very independent at a young age.  She decided to pursue her passion of design with the goal of finding personal fulfillment. She credits her success to the many mentors who have helped her along her path including an English teacher who made her formulate realistic, achievable goals, an advisor who recommended a documentary that solidified her decision to apply to arts school and Alexsis Rodgers who encouraged Anna to apply to be a Career Center Ambassador and inspired her with her dedication and drive showing her that anything is possible and no dream is too big.


It was an inspiring day for all the participants and a reminder of how far women have come since that day 100 years ago when they marched, demanding the right to vote.
Watch the video:
http://animoto.com/play/TAZi87xdYVQMgk4rh9je2w 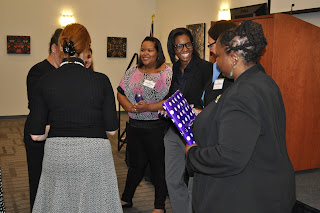 Posted by Reynolds Community College at 9:08 AM