JSRCC's Around the World through Movies

Sponsored by the Multicultural Enrichment Council, JSRCC's "Around the World through Movies" recently presented Salmon Fishing in the Yemen. 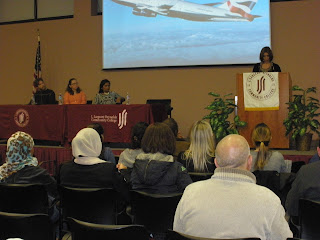 A faculty panel that included Shalini Upadhyaya, Janet Adams, Jason Lira, and Lily Mirjahangiri led a pre-movie discussion that highligted the U.K and Yemen’s history, geography, political structure, and highlighted recent statistics and pictures on the societal and political roles of Yemeni women inside and outside Yemen. The audience also learned about the environmental challenges of importing water and Salmon to the deserts of Yemen, interesting facts about Salmon, and the powerful messages of the storyline through symbolism and metaphors.

Attendees included JSRCC students, staff, faculty and guests from the Richmond community who enjoyed a variety of refreshments representing Middle Eastern cuisine. The movie was followed by a post discussion and trivia questions where many students and staff won prizes.

Salmon Fishing in the Yemen featured a British leading fishing expert who was approached by a consultant to help realize a Yemeni sheikh’s vision of bringing the sport of fly-fishing to the desert; he immediately thinks the project is both absurd and unachievable. However, when the Prime Minister’s overzealous press secretary latches on to it as a ‘good will’ story, this unlikely team put it all on the line and embarked on an upstream journey of faith and fish to prove the impossible, possible.

“We are thrilled to see a promising turn out from our college and the community, and we stay motivated and energized to plan the future movie events,” said Lily Mirjahangiri, Around the World through Movies subcommittee Chair.

The subcommittee is celebrating the Black History Month at their next movie event: 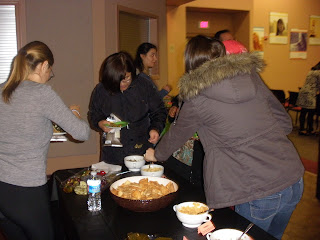 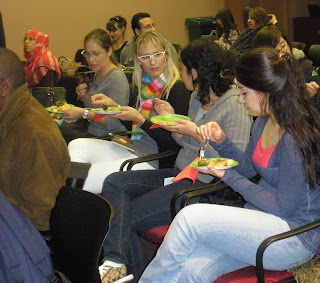 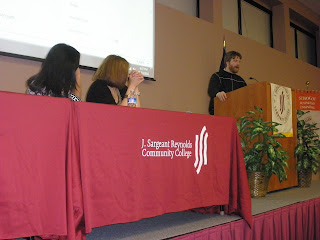